Developed over the chassis of the Maserati Bora, it is an extreme dream car, irrational, able to reach a top speed of close to 300 kph, thanks to its powerful 8 cylinders engine and 310 hp.

The recess on the hood of the Iguana, the front end and belt-line shape of the Tapiro, the whole of the Caimano are the inspirations of the Boomerang.

Extreme performances guaranteed by the powerful engine are underlined by the wedge shape and taut lines taken to the extreme. Drawn almost exclusively with a roller rather than with curves, it is more a sculpture than a car.

The windshield rises in an excessive rake: 13º, 2 degrees less than that of the Manta. Glass manufacturers were to consider it heresy as in their opinion it would cause notable problems in visibility. Giugiaro would have to await the production of the Lotus Esprit (1975) to offer material proof that he was not a heretic, but simply a realistic innovator.

The interior saw radical choices, as well. On the steering wheel only the rim is visible, a circular instrument panel with the speedometer/rev counter unit occupying the upper half lodge in the middle.
During this period, the automobile industry began to deal with questions of safety. For the Boomerang, Italdesign developed a divided steering column connected by a chain, a complex idea technically speaking but fundamental in keeping the column from moving backward in the event of frontal collision.

The large, central steering wheel disc, was also conceived with the idea to create a space for an airbag.
The Boomerang’s wheel rims deserve a mention: looking like sculptures, they are undeniably the best of all those made by Giugiaro. 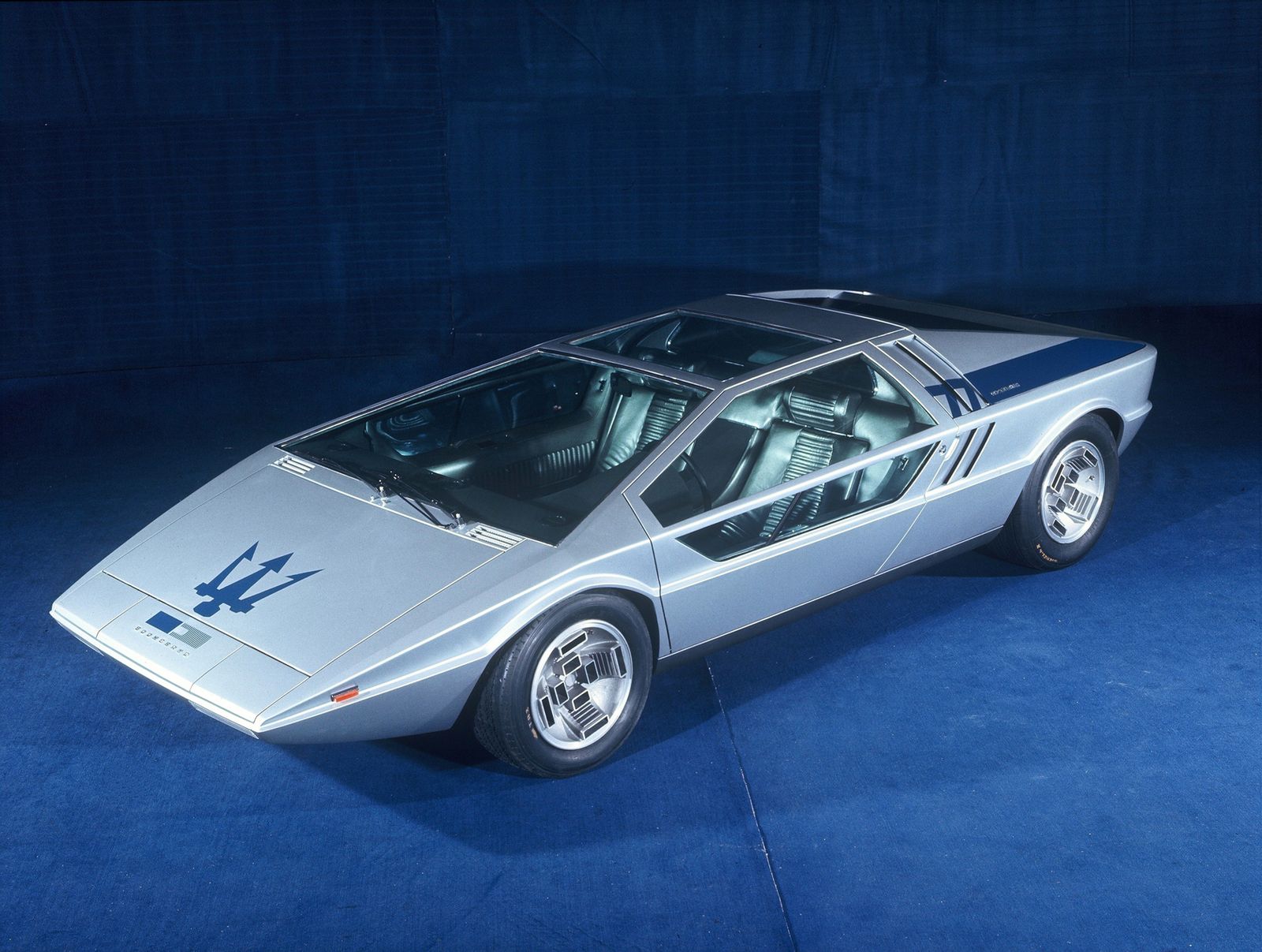 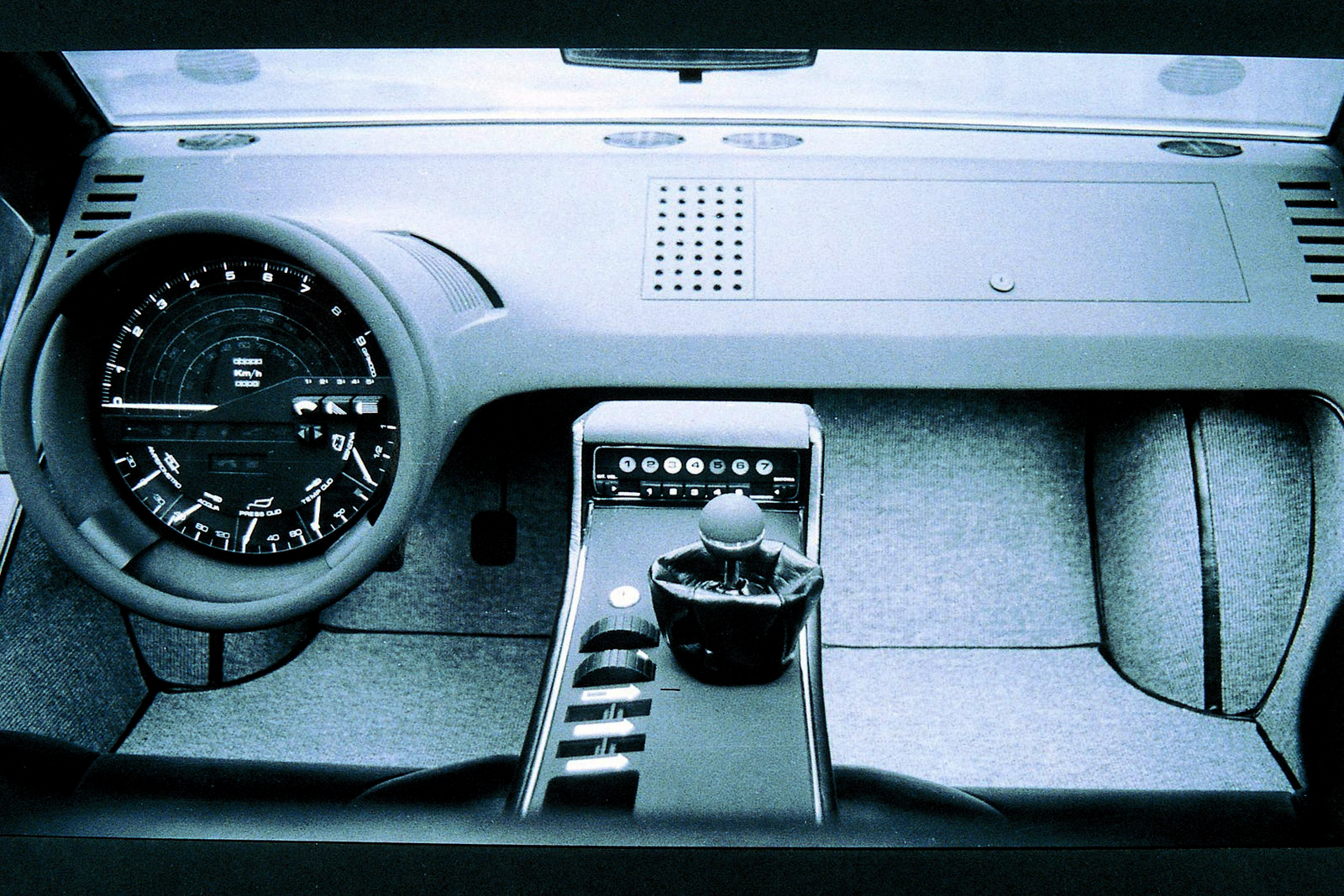 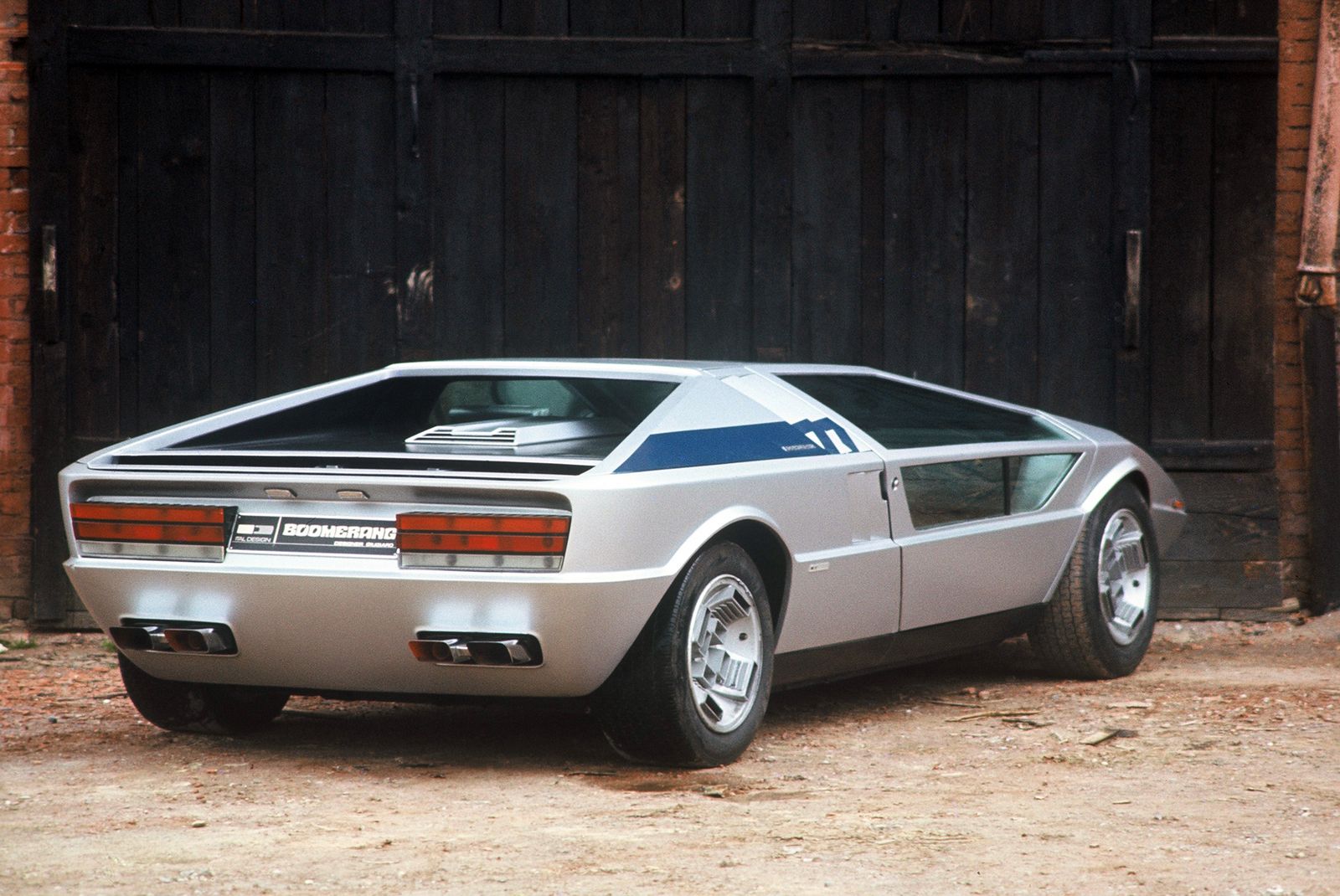 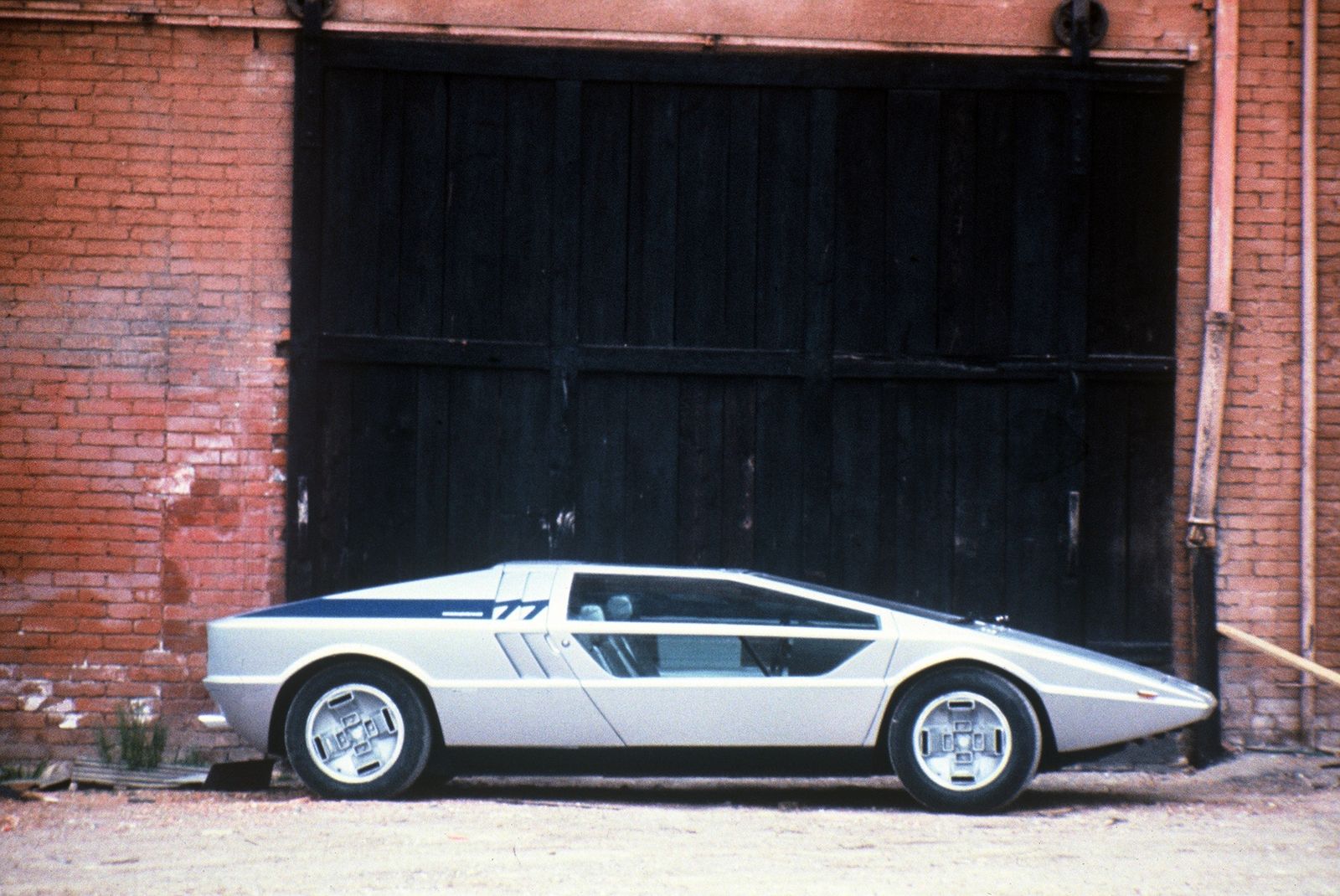 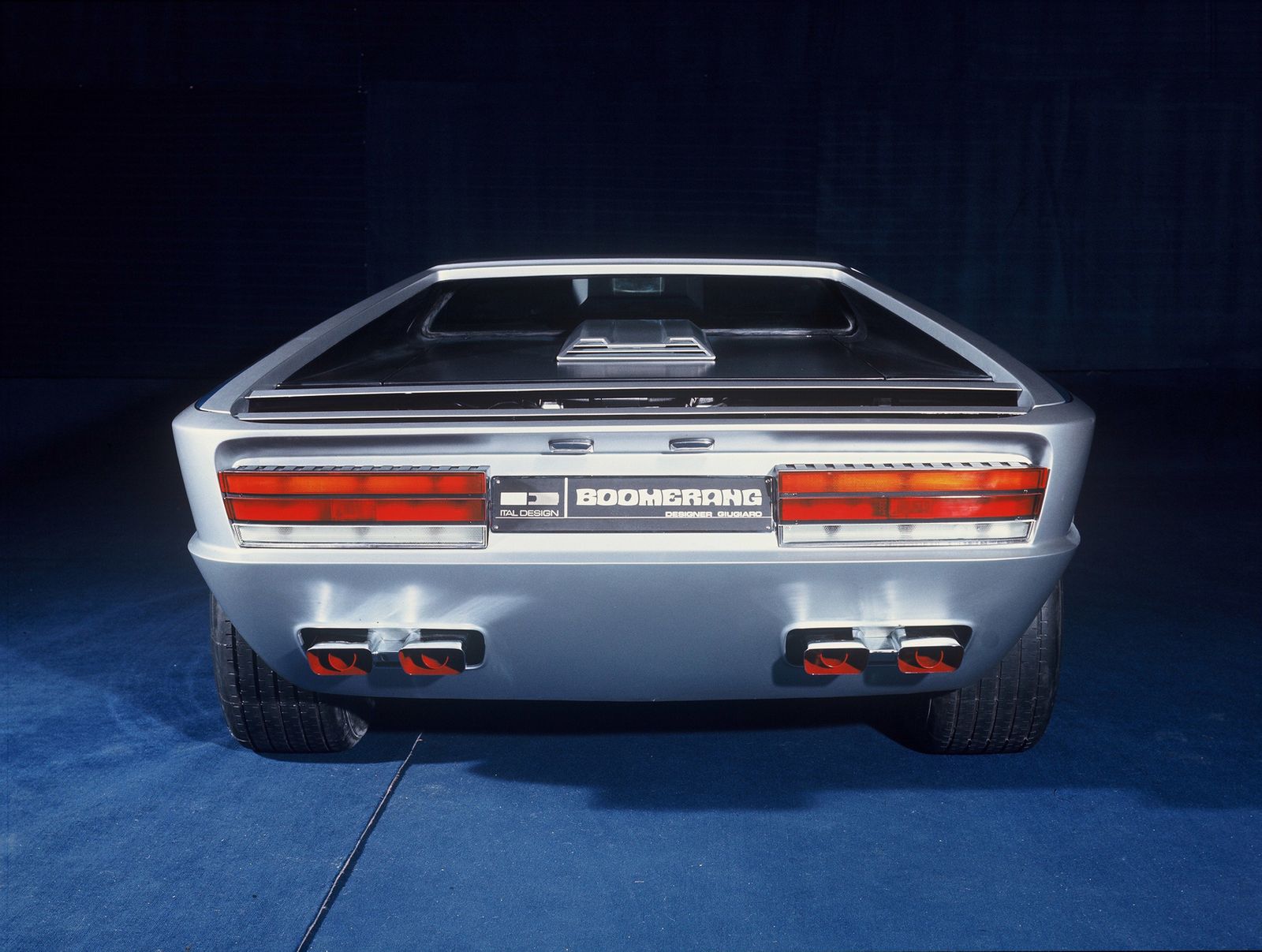 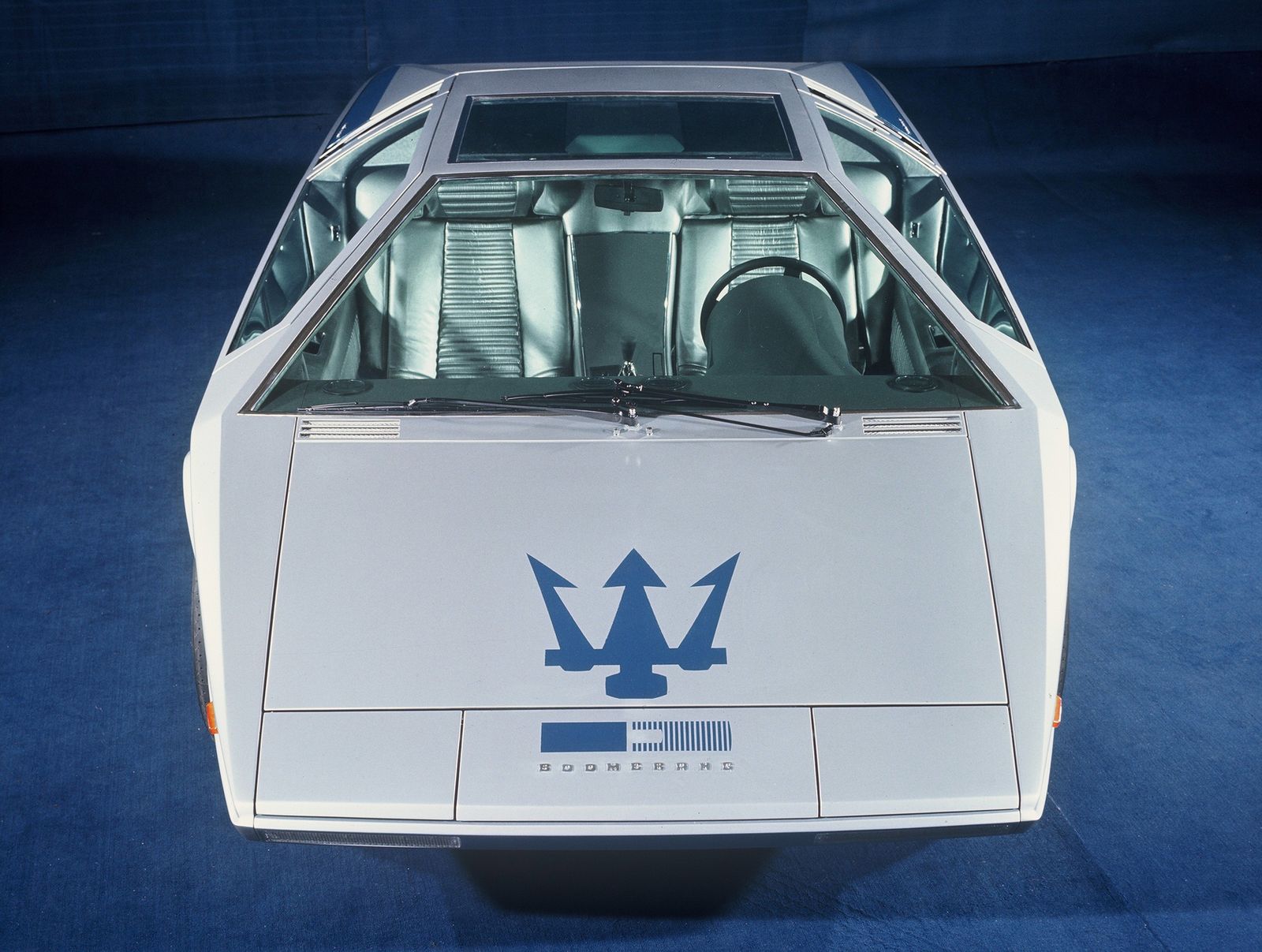 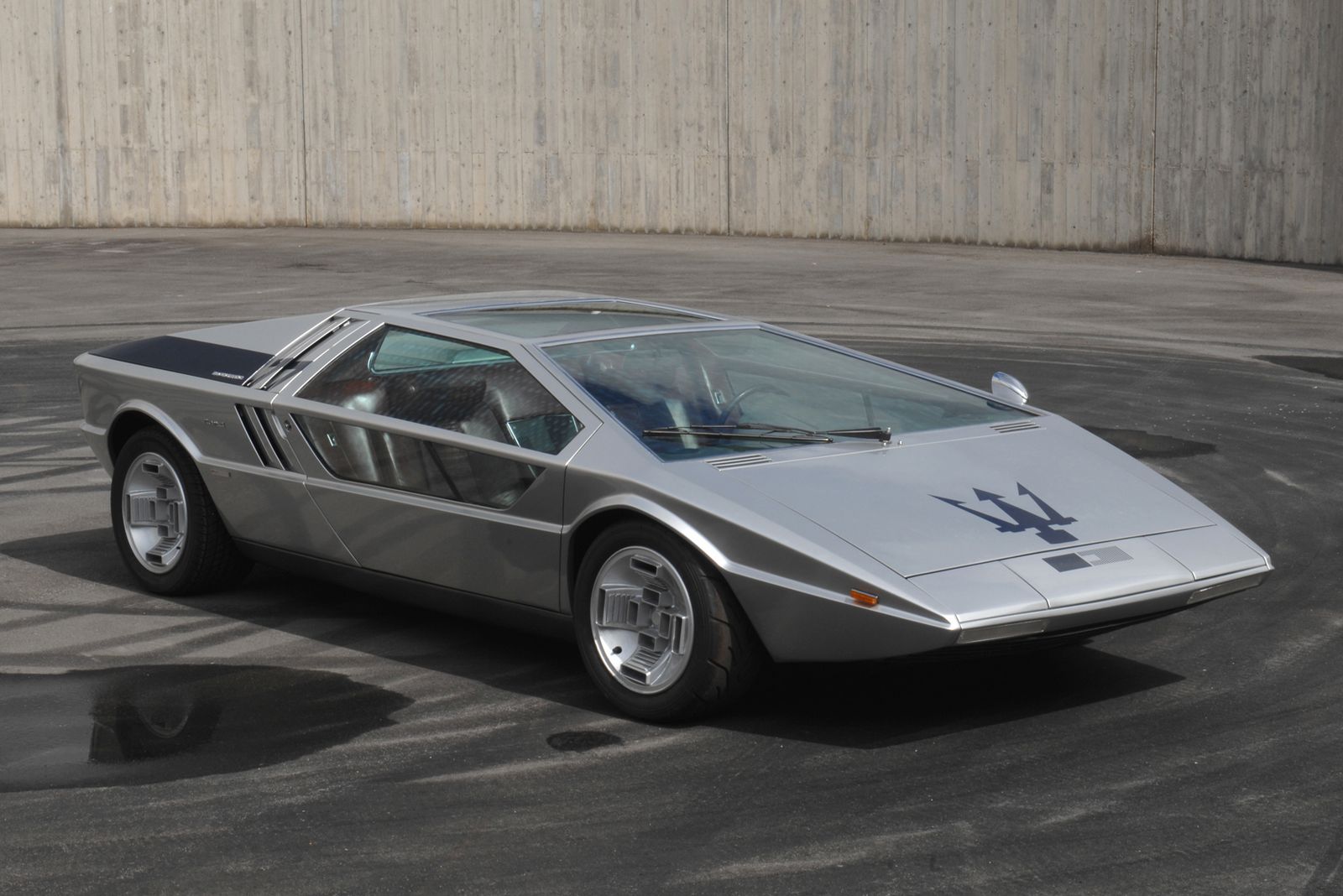