项目Formula 4
A niche car designed for a youthful audience, with an eye to cutting production costs. 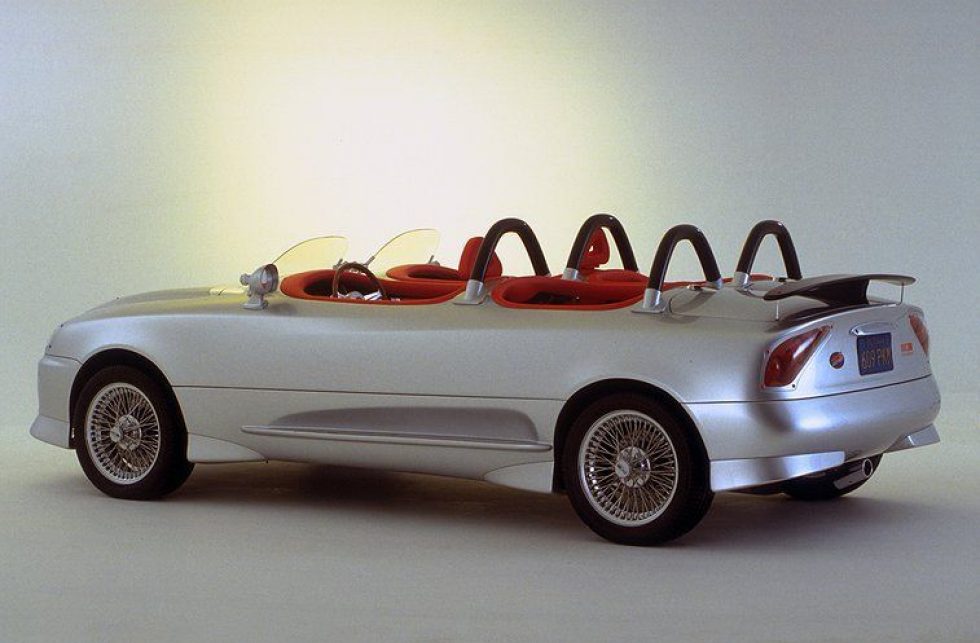 The 1996 edition of the Geneva Motor Show saw the debut of the Formula project: a niche car for a youthful audience with a decidedly unusual design.

The fully equipped floorpan, mechanicals and upholstery were covered by a fit-over body, a complementary shell fitted over the sills (the fastening and removal manoeuvre was aided by an electric pulse). The doors had disappeared. The base rested on a running board with a pioneering flavour, a flap was pulled up and the top fitted into the channel.

When not all the four bucket seats (protected by individual roll-bars) were filled, the unoccupied seats could be covered. By changing the design of the upper shell, the Formula 4 could be converted to a roadster, leisure-time car, pick-up, van and more, making use of plastic forming processes that required different moulds and minimal investments.

The Formula 4 is produced on a Fiat Bravo floorpan and is fitted with a 2000 cc, HGT 5 cylinder 147 HP engine.