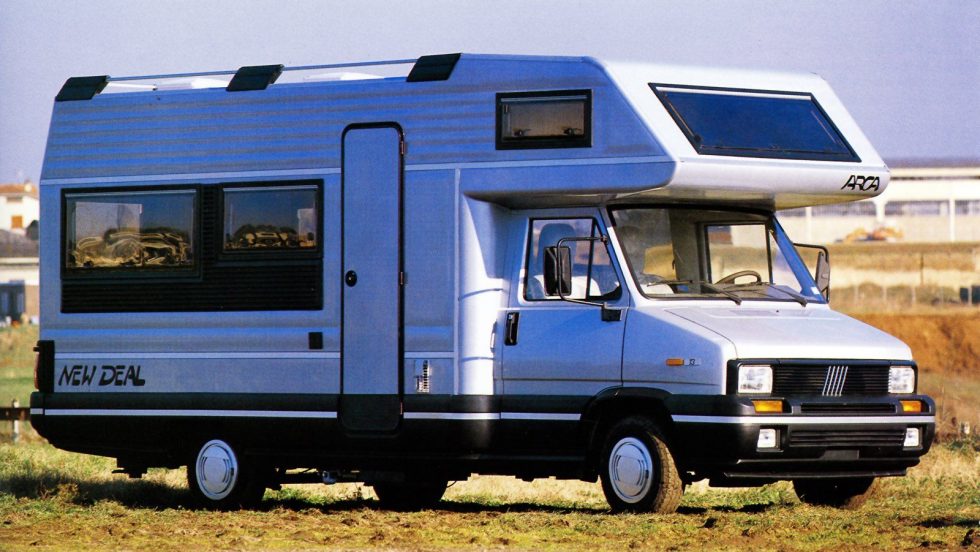 Located in the Pomezia suburb of Rome, Arca is Italy's biggest camping car body maker with a history stretching back to the Arca Uno in 1958.

The "angular joint" system, in which body panels are assembled with extrusion molded joints, developed by Arca has been copied the world over and the exterior with its bordering which projects more at the corners is a classic camping car design.

It was precisely because of this that when commissioned with the planning and design of the company's latest model, New Deal, Giugiaro Design decided to break away from Arca's own standard design using a completeley new joint system to realize a refreshing new appearance.

What adds accent to the clean-looking exterior is the bumper/side protector molding which wraps round the lower body. It is normal with this kind of vehicle which is modified for camping use – in this case a Fiat Ducato 13D – not to touch the design of the cabin of the vehicle which forms its base, but Giugiaro Design has used a new design large front bumper for the New Deal.